An Onkyo TX-SR607 where the front panel display has stopped working.

Everything else appeared to be working fine and it wasn’t stuck in the common fail safe standby. 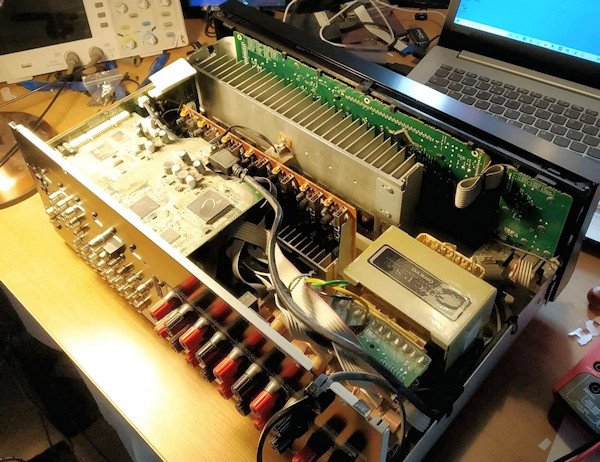 These units have a ‘pure audio’ mode where the display is switched off by the CPU, so it needed to be established if there was an actual fault or if the microprocessor in the receiver had just switched it off.

A factory reset was done to hopefully get any miss configuration cleared.

It took a bit of wading through the circuit diagram (I’ve not encountered this fault before) but the fault was eventually tracked down to an open circuit resistor effecting the power supply to the display. 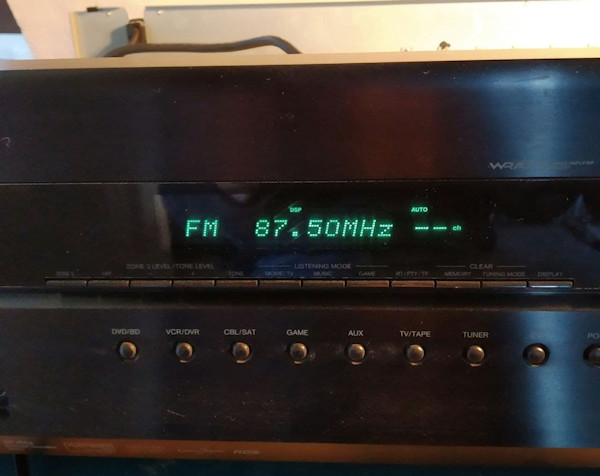 An easy fix requiring a very cheap component saved it from landfill.

Training videos
Price List
Price list for Orangevalley digital signage and electronics services.
Free Trial
Try the system with a free trial.
Training Videos
Check out our YouTube channel for training and amplifier repair videos.
Home Workers
Orangevalley digital signage operates in the browser so home workers can can view your office signage on their desktop PC in any size window.