A slightly unusual repair came in, the controller for a windscreen wiper used on a boat.

If you need something repaired email us including relevant photos for a quote: Email Us

Apparently the controller was built back in 2000 so its stood the test of time pretty well. It’s a simple circuit using a timer chip driving a 15A relay that connected to the boats windscreen wipers. 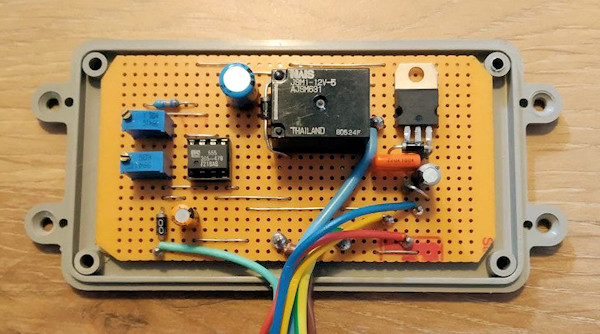 Interestingly the circuit was  built on something called Veroboard which is usually used for building electronics prototypes or by hobbyists. This was probably a low quantity or one off and 20 years ago would have been cheaper than getting a PCB made.

This is was a straightforward repair, it only had one chip on the board and it had failed.