It’s a word that keeps popping up yet few have a handle on what it actually is.

IoT stands for Information of Things and usually means everything is connected to the cloud. This enables you to quickly see the status of your IoT devices and create an action based on what they’re telling you. 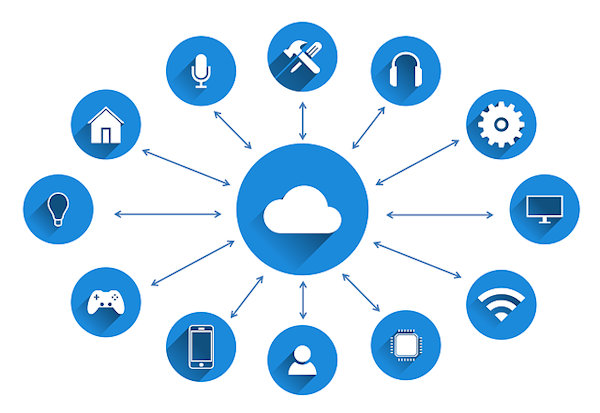 The one we’ve all heard about is the fridge that tells you you’ve got no milk left so orders some more.

Cheap CPU boards that look like the Raspberry Pi are released fairly often and are promoted as being good for IoT, digital signage and AI.

This is an example of a small IoT board designed for agriculture use. It has built in sensors for temperature, humidity, air pressure and light. It also has connectors for driving water pumps, soil moisture sensors and water quality detectors.

Here’s a link to the project (opens in a new tab):  https://www.crowdsupply.com/steminds/eduponics-mini

Anything small and low cost fits the bill and boards of the Pi size are great as they don’t take up much space, have lots of IO (inputs and outputs to interface to sensors) and have plenty of computing power. They are also equipped with a network connector or Wi-Fi.

A signage system is a sort of IoT system

Digital signage players are small computers (the IoT device) that are in constant communication with a server. The players can send back information and receive it.

If you search the Internet for IoT examples you get a few ideas of uses where IoT devices might be useful, and a whole load of others that aren’t.

An example given for IoT is in the modern factory in what’s known as the fourth industrial revolution or Industry 4.0 where all the machinery is connected to the Internet. An application then collects the data from the Internet to show you the status of things.

Machinery that forms part of a production line has had lots of sensors fitted to it from way before the IoT buzz came about. These are typically counters and position sensors.

The big difference is they don’t connect to the Internet so their output will be displayed on the machines control panel or just fed back to a production PC via RS232 or local LAN connection.

One of the many uses you see mentioned for IoT devices is that they detect and report problems before they happen. A signage player might detect that it’s running hotter than usual and report that back so it can be monitored and recorded in its maintenance log.

So, how does IoT apply to digital signage?

Digital signage has a job to do and that’s putting information on screens. Screen content can easily be changed based on the output of any number of external sensors.

Signage should be easy to manage and automating the screens content from different triggers will complicate it. You might think your screens are showing the wrong data when they’re just responding to a trigger you set up and forgot about.

It’s all very well having the signage system detect that it’s pouring with rain and switching the screens to advertise umbrellas but if you don’t have a big stock of umbrellas there wouldn’t be much point.

Signage screens could also switch content based on the age or gender of people in the vicinity worked out from cameras, although the last thing you want is the screen constantly flipping content as soon as somebody gets within range as it would be visually jarring.

The other new kid on the block is Edge Computing

Edge Computing is another piece of technology spawned on by IoT devices.

Having a hundreds of IoT devices all sending data to the cloud would give the cloud computer a lot of work or use a lot of mobile data which has a cost implication so edge computing was added to the mix.

Instead of IoT devices sending data to the cloud for processing it’s sent to a local ‘edge’ computer. This does some initial data processing and passes what’s needed to the cloud.

I listened to a podcast from a signage company recently and the presenter kept talking about the ‘the edge’ without ever saying what the edge was.

I ended up thinking he wasn’t convinced by what he was saying.

General purpose digital signage does what it sets out to do and does it well enough.

Hooking sensors into it to trigger different content requires the operator to produce multiple content types and triggers based on the data from sensors. That’s easy enough to do but it’s probably not worth it for most users.

Beyond that it becomes more of a big visual control panel for showing status information from different parts of your operations.

You might for example create an interface to the agriculture IoT board at the start of this article to show all the data from it on a large screen in the farm office.

At that point I’m not entirely sure if big control panels still come under the moniker of digital signage, not that it matters. It’s still an interesting use of screen technology.