I’ve generally thought as our system as a ‘means to control external devices’ and small signage players hooked up to screens is just one of many devices.

Other devices use micro controllers such as Arduino boards. In the past, before Arduino became a thing you brought an ATMEL dev board. A photo of one is below. Arduino boards often use ATMEL devices.

This old board was a lighting controller I built years ago that I hooked four mains triacs up to. The triacs are on the blue board. It was a prototype lighting controller complete with phase control so the lights could be ramped up and down in brightness. This was going to control a lighting sculpture hooked up to weather sensors. 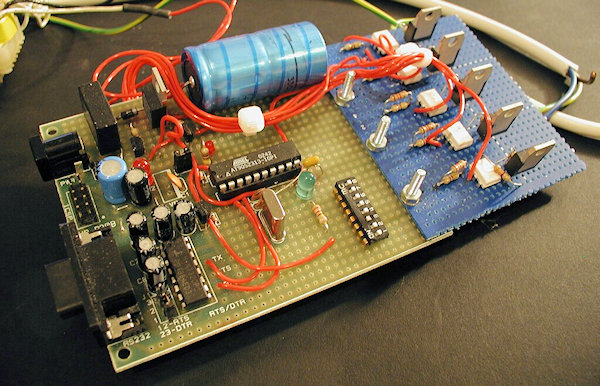 These boards / chips have lots of IO that can be used to switch things on and off or be hooked up to measuring sensors. You can write the software in C and it’s downloaded and stored in the chip making it more robust than something like the Raspberry Pi that uses an SD card.

The problem with those devices is that they don’t connect to the Internet or WiFi without additional hardware (shields or hats) so they’re usually used either as standalone products or controlled via RS232 or USB.

Something like this new ESP32 ETH101 board is quite an interesting alternative especially as it’s about £5 and with a bit of work could be controlled from our signage system.

IoT (Internet of Things) devices controlled with a signage controller opens up a lot of interesting possibilities. 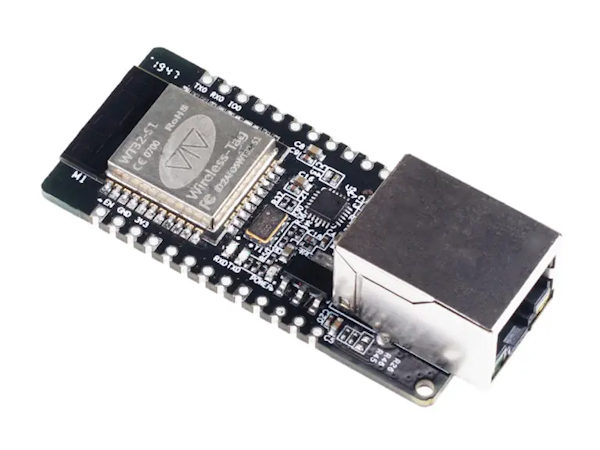