Android signage players based on TV boxes as below are incredibly cost effective if you want to put up a screen for minimal cost, and there’s next to nothing inside to fail, unlike in a more conventional large PC. These things don’t even have a fan.

It’s a good fit for digital signage as unlike Windows it doesn’t put dialogue boxes on the screen asking you to do an update along with other things you don’t want appearing on your screens.

Enough people use Android to be familiar enough with it to be able to add it to their network without any difficulties.

It’s a free operating system so there are no licencing costs. If it does an update it normally takes minutes rather than hours, but updates are easily switched off.

Hardware using Android covers all bases so there’s plenty of options. There are the obvious tablets that make perfectly good small self contained signage players while taking up little room, but it’s also used in devices such as kiosks.

Android is now available built into television sets, and will almost certainly appear in more and more of them in the future. A TV with a built in signage player is a nice all in one solution, just bolt the TV to the wall, plug it in and it’s ready to go, subject to configuring it.

Android itself sits on top of a locked down Linux kernel, so has long standing reliable foundations. The downside to the locked down system is that it makes doing simple tasks like programmatically rebooting the device pretty much impossible unless it’s rooted.

Being able to reboot the device automatically is a good way to freeing up memory each day or week.

Memory is easily lost over time due to memory leaks that can easily creep in especially with long running AJAX driven signage pages running lots of JavaScript or CSS.

Devices like TV boxes, TV sticks and Android TVs while having a Full HD screen or claimed 4k output often appear to run their web browser at very low resolution, usually something like 1280 x 800 pixels.

This is due to them being configured with a high DPI (dots per inch) settings. This makes everything jumbo size as it’s designed to be viewed on a TV from ten foot away. 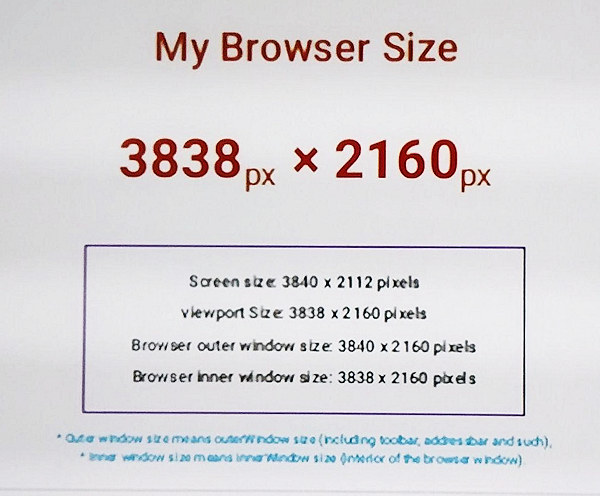 It’s possible to change the DPI settings to get a higher resolution display as shown in the screen photo above but not through any of the standard user accessible settings or menus. Small text looks a bit blurred as well at higher resolutions.

Signage displays don’t generally show lots of tiny text applications like spreadsheets as like a TV they’re often viewed from a distance so running at a low 1280 x 800 resolution with large fonts is perfectly fine for most uses and remember TV boxes are incredibly low cost.

The photo below shows an Android media player and TV stick, both of which can be used as a very low cost signage players.

The small TV sticks can overheat due to their very small size and inadequate heatsinking on the processor so they need good airflow around them. I had to reduce the CPU clock speed on one to make it run cooler otherwise it would lock up fairly quickly!

I tested a generic cheap Android stick, different makes may or may not be better designed.

Android TV boxes usually have a wired network port which offers far better reliability than the built in wi-fi, so we would always recommend using that in preference to wi-fi.

Their small size and low component count also mean they use very little power so it’s not expensive to leave it running 24/7. The photo shows the board that’s fitted inside a typical Android media player.

Yes, the heatsink isn’t stuck on straight, it works though.

Small low cost players like these won’t give you super smooth scrolling ticker messages or smooth css / JavaScript animations on your displays but they’re a great way to get started to see how digital signage could be used in your business. For most signage requirements they will be perfectly adequate.

Most of the processors used in Android boards have all the video decoding built into the hardware so playing video shouldn’t present too much of a problem.

An Android player supplied by us will have the player software installed so all you need to do it put it on your network and sign in to your signage account. We can of course configure it for your account so you should be able to plug it in to a TV and your network and it will be ready to go.