As our signage system can run on Android, and as there are many different Android devices around for not much money I put Android 6 on an ASUS tinker board to see how it performed.

So many Android devices, especially tablets come with all sorts of unwanted bloatware running and consuming memory in the background which makes them less than ideal for signage use. The available Android image for the Tinker Board has very few unwanted items on it so it’s potentially a very good platform. 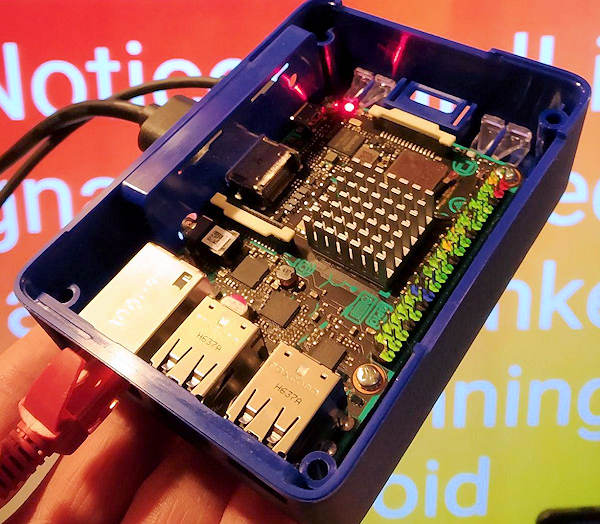 It has the same form factor as the more common Raspberry Pi and fits into Pi cases.

It’s more powerful than the Pi and has more memory.

In terms of use for a signage player it appears to be fairly good. The new S version is quite a bit more expensive than other Android options, and by the time you’ve added a case and PSU it isn’t much cheaper than an off the shelf Intel Atom based mini PC running Windows 10, which in our tests has better performance over the tinker board and Android TV Boxes for things like on-screen animations (javaScript and CSS in a browser). 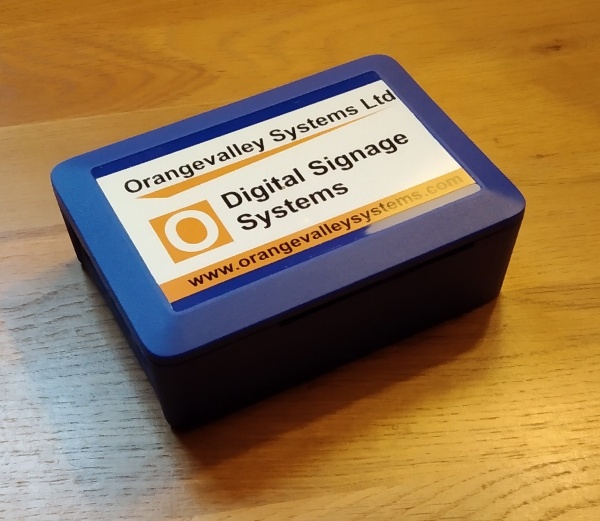 These boards have a lot of IO on them that’s useful for taking input or switching things on and off, which would be far easier to do with it running Linux.

The board has software images for both Android and Linux. As Android sits on Linux I suspect the performance to be similar to just running Linux on it although I haven’t tested it.

The main advantage for using Android over Linux for signage is it has a user interface that people are familiar with. Most people will be lost at a Linux command prompt if they can’t get it to connect to their network. Android is also available built into TV sets so its use is growing.

Out of the box with android it doesn’t support the popular signage portrait mode but after some ‘tinkering’ we got the display to rotate into portrait orientation with Android 6 installed as in the image below. 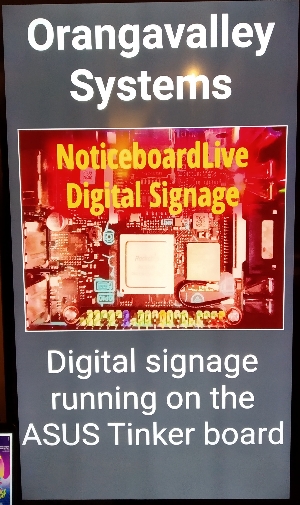 It’s early days in the testing and dev cycle so I can’t add much more at the moment other than to say it works and has been running 24/7 for a couple of months without any problems and doesn’t get too hot running our signage player software.